How we became exhibitors 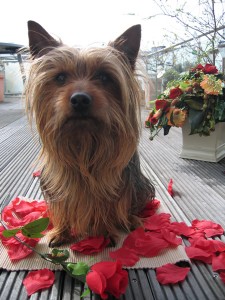 Everything started when we bought Kasi. The breeder casually asked us whether we were coming to the show in Dortmund. Well, why not? Dortmund is not too far from where we live, so my husband spontaneously agreed.

That’s all well and good, but he seemed to have forgotten that Ascension Day fell on this day. I have to say, due to the fact that we work in the Tourism Industry, public holidays are peak season for us. So: Dortmund???

Oh no, how could I tell the breeder that we weren’t going to come after all? I had to think of an excuse which no one could doubt.

I was sitting in the office one morning and pondering about what I would do, when I suddenly came up with craziest idea I had ever had until then (mind you: until then): I would show Kasi! I could surely do what they do at a show as well! What could possibly go wrong? I would just simply imitate everything that the others did; no one would ever know that I had never been to a dog show before!! And our breeder would certainly be surprised!

And so my husband didn’t have to cancel anything – and I could keep our promise.

I quickly looked up on the Internet where I could register Kasi – and off we went!

I then very circumspectly asked Ines Hoehne, the breeder, what Kasi would have to look like for a show. She even very kindly came around before the show and trimmed a few out of place hairs.

And then the big day arrived: mornings in low-level flight to Dortmund – the search for a carpark – we are our people? A call from Ines, and then I knew where we had to go. Curiously enough, none of them were particularly surprised that I wanted to show Kasi. A quick brush – and Juergen Hoehne asked me if I had ever been to a show before. My short, but truthful answer: no.

The way he looked at me, I thought the man had seen a ghost. As I said that I would simply imitate what the others did, everyone laughed and Ines said: “Imitate? You are going to be the first person in the ring.” 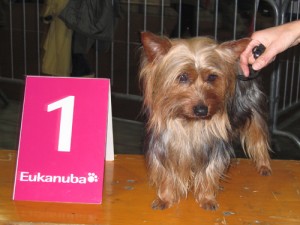 Oh no, how could I ever come up with such a crazy idea? What should I do? Juergen Hoehne knew exactly what to do: into the ring, walk a little with Kasi. He stood on the edge and watched. Well, for the first time, it was OK.

Less than 10 minutes later everything started. The judge was already in the ring, and the first number was called. That was me. I had never been so nervous and excited! Kasi in the youngest class in the ring. And off we went. One round walking, a triangle, onto the table – and that was it. A short conversation with the judge, a handshake and a W as rating. I have to admit, I was extremely proud (although, at the time, I didn’t really know what the W meant) and went back to where everyone else was sitting. The show went on, and so many beautiful Silkies entered the ring – and the whole time I was wondering how everyone knew the names of the dogs, where they came from and who they belonged to. How could this be? The simple answer – which I first found out a little later on: there was a catalogue! I had landed at the World Dog Show! It was at this time that I go the ‘show bug’ – and since then it hasn’t let me go! 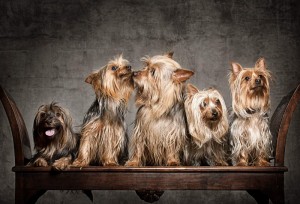 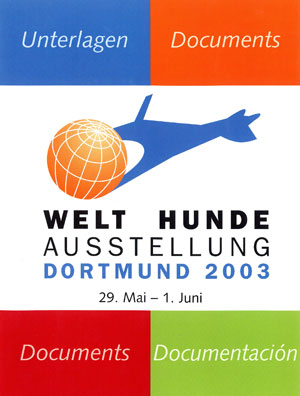 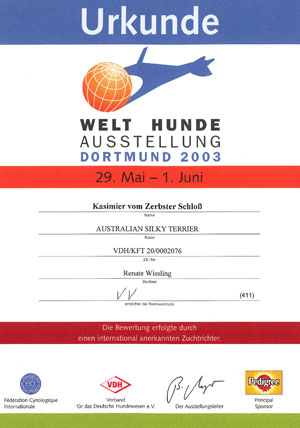