Allow me to introduce myself. My name is Kasimier, and this is how I look when I behave well. So, almost always! My coat is a little bit colourful: there a little bit of grey, here a little bit of brown, and there a little bit of black as well. That is certainly a great mixture. I am just a really great and handsome guy! All of my friends think so too! Who are they? Well, Lara – she belongs to me – and then my playmates Filou and Kira. And then there are also a couple of two-legged friends. They certainly have something missing! They can’t even run that fast.
My mistress usually calls me Kasi, the abbreviation from Kasimier. People are usually somewhat lazy and think they have to shorten everything. I mean, Kasimier is already an abbreviation. You should really call me “Kasimier vom Zerbster Schloß”. You can certainly see the nobility in me.
My people sometimes travel with a huge car. They call it a bus. There are also lots of other two-legged creatures inside. And they all want to pat me and some even want to have a cuddle with me. But this is something I don’t like very much. And now that I have Lara, something I don’t like at all. I only cuddle when I want to, and then only with the people I choose to cuddle with!
And now to quickly paw-print the whole thing. 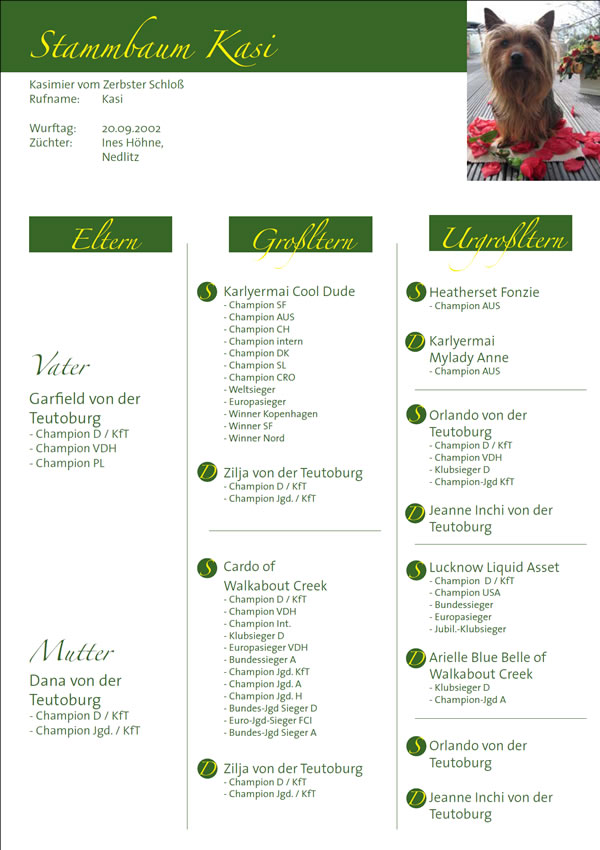 I would like to thank his breeder, Ines Hoehne from Nedlitz, for letting me have Kasi. Kasi is a very successful, internationally shown male dog, who has been praised by many foreign and domestic judges at numerous national, international and special Terrier Shows. Kasi is the “man of the house”, protector, fighter, and nurse all in one. Just take a look at Kasimier’s Family Tree. 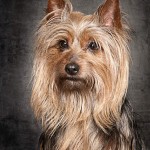 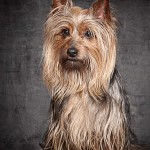 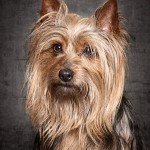